2013 proves to be an outstanding year for Options-Intelligence members 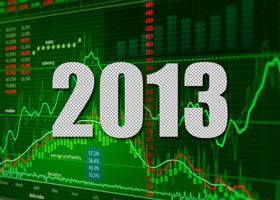 Options-Intelligence posted some amazing results through Special Plays and the Core Strategy in 2013. Both strategies outperformed the past 5 trading years in every metric with the winning history closing out a full 12 points ahead of 2012 and the average gain ending an astounding 42 points ahead of the same period.

Looking back a year

As we charge forward into 2014, we would like to take a moment to reflect on our performance in 2013. The statistics for last year show a strong positive trend for option traders utilizing Options-Intelligence. Compared to the past five years, 2013 showed a dramatic improvement in every metric. In all, 182 option trades were sent to members producing 151 winners for an astounding winning history of 83%. Most impressive of all, the average return leaped to 102% versus 60% the previous year.

Major metrics for the last 5 years

If you were not participating in the Core Strategy in 2013, you really missed out on some amazing trades. The Core absolutely dominated in 2013. In 89 trades, the options trading strategy produced 80 winning trades for a 90% winning history and an average return of 139%, both 5 year highs.

Not to be outdone, Special Plays finished 2013 at new highs as well. In 93 trades, the Special Plays managed a 67% average return and a winning history of 76%. Both statistics easily bested the last five years.