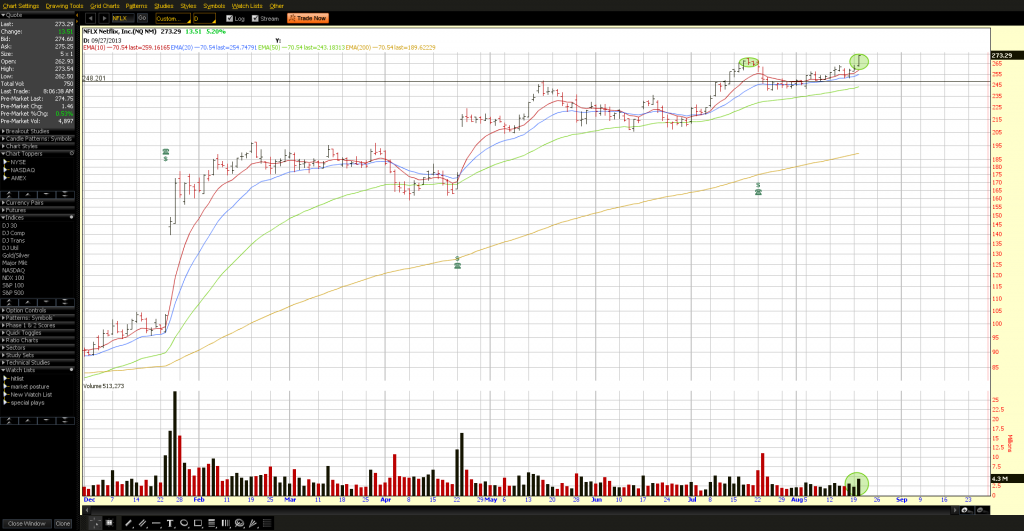 Markets around the world are amazingly calm after a reported chemical attack overnight in Syria  that caused a reported 1000+ death toll. Seems as though the world has just written Syria off. This afternoon we will get the FOMC minutes that should still indicate tapering beginning in September.

Apple (AAPL) will reportedly debut iTunes Radio next month, having secured McDonald's (MCD), Procter & Gamble (PG), Pepsi (PEP) and other major advertisers. The reported ETA coincides with the expected launch dates for the iPhone 5S/5C and iOS 7. While Apple's service could threaten Pandora (P), the latter has 71M active users who have spent time creating custom stations, which could limit the impact.

Google CEO Larry Page (GOOG) and YouTube content chief Robert Kyncl have reportedly met with an NFL delegation that included commissioner Roger Goodell to discuss rights to the NFL's Sunday Ticket subscription package. DirecTV (DTV) pays $1B a year for the license but its deal is set to expire at the end of 2014. NFL is due to meet other tech companies as well as part of a jaunt through Silicon Valley.

Netflix (NFLX) broke out to the upside yesterday with a 14 point run on rising volume and it is our feature chart of the day. The run up was credited to a new licensing deal