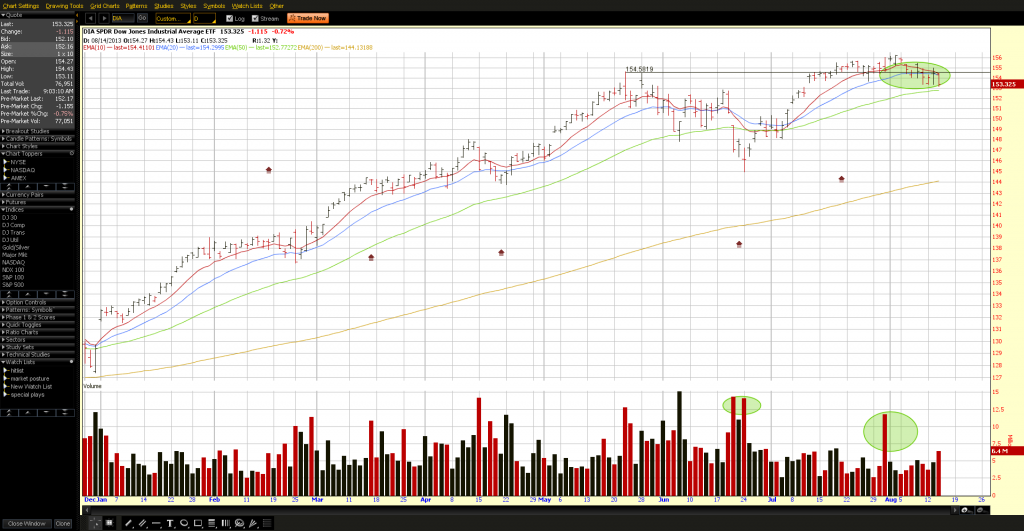 Markets are finally breaking down after going back and forth for the first part of the week. The talking heads on CNBC are all scrambling for answers to the question why is the market going down. The breakdown was foreshadowed in the charts on Friday as I will show in the feature chart. They come up with all kinds of excuses to dramatize the market movement. If a guy from Kentucky with no formal college or Wall Street experience can see it as of last Friday why can't these folks that make oodles of money alert people to these things by depicting charts instead of finding excuses. Way beyond me to wonder why.

China Mobile's (CHL) negotiations with Apple (AAPL) over a deal for the Chinese company to sell iPhones and
iPads have been progressing well and both companies are optimistic about coming
to an agreement, China Mobile Chairman Xi Guohua has said. However, the sides
still need to resolve "some commercial and technology issues." The
deal is important for Apple, especially after sales in Greater China slumped
43% in FQ3. Weakness should be bought in my opinion.

Wall Mart  (WMT) came in light on revenue as well as Macy's, Coach and several other retailers going into the highly charged back to school season and the upcoming holiday season.

That's it for today, Have a great trading day and thank you to those that did comment on yesterdays blog.